Stop the Banks Dictating Strategy to Your Business 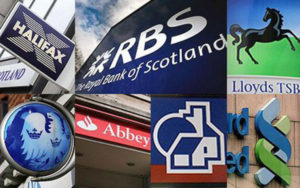 Years ago Mortgage Advisers recommended a wonderful product called MPPI and it helped tens of thousands of families keep their home when the family income disappeared overnight through Accident Sickness or Unemployment.

Then the Banks turned PPI into the biggest commission bonanza seen for years. Rolling up five years premiums into a single premium policy they not only created an obscene amount of commission (sometimes as much as 75% of the single premium), they also increased the size of the loan they were making to the Client.

PPI sold by the Banks, often without Clients realising they were buying it, or bought by Clients because they thought it was the only way they would get the loan, became the biggest Poisoned Chalice seen in years. People who would never qualify to make a claim now had worthless policies, and because the first five years premiums had been added to their mortgages, would be paying for this for the next twenty years or more.

As the scandal became public knowledge, no one told the public that PPI mis-selling was almost 100% a Bank problem, so all Payment Protection Insurance was seen by the public as a rip-off. To protect their reputation Advisers stopped recommending MPPI completely.

For years, the proportion of complaints to FOS that involved Advisers were so low that they did not even bother to keep records of it. Recently FOS stated that of the 500,000 complaints on all areas of financial services they had received in the previous year less than 0.5% of these related to Advisers, and of these only 40% were upheld.

As a direct result of neither Lenders nor Advisers discussing protection against Accident Sickness or Unemployment, today:

93.7% of families with mortgages have NO Income Protection
8.8 millions of households would not last a week on their savings
Comparison websites are promoting buying the cheapest cover
No-one is offering advice on buying the highest quality cover
No-one is promoting policies with the highest claim payment ratio
In 2014 DMS paid 91.92% of all claims received

Why don’t you fill this huge need ?

If you don’t do this, when one of your Clients loses their home because they have been unable to pay their mortgage through unemployment, how will you answer when they ask “Why didn’t you tell me I could have protected myself against this?”

DMS has created Short Term Income Protection that is charged at the old MPPI rates, and is issued on the old MPPI terms. Your Clients can insure up to 65% of their gross income or 125% of the sum of the total regular monthly outlay. DMS offers redundancy cover, monthly benefit of £2,500, payable tax free for up to 12 months, from only £51.89 per month plus whatever amount of commission you wish to add. This “Value” policy is amongst the most competitive premiums available in the market today, and our “Plus” policy offers the very highest quality cover when compared with all other providers at £58.54 per month.

DMS Agency Services Ltd trading as DMS Security Plans is authorised and regulated by the Financial Conduct Authority. Our Firm Reference Number with the FCA is 303028. this can be checked at www.fsa.gov.uk/register/home.do.

Designed specially for Employed people
I

Designed specially for people running their own business